The rationalization strategy as a team pitfall

I was working with a team and they had just completed an assignment (setting out chairs in a certain way in a given amount of time). I asked them to spare a moment to think about what they had observed, about themselves and others, during the task. One by one they shared their observations. Els’s observation had quite an impact... 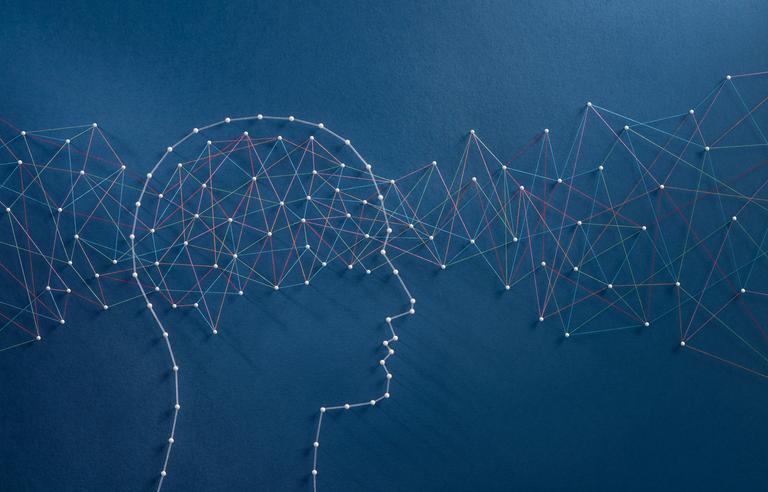 “I realise that I complied with trying to complete the assignment quickly, whereas my feeling was that it just wasn’t me”. I joined in with the action blindly, whereas I actually like to reflect before I start.
The lady began to cry and her breathing faltered. She was obviously conflicted. I let it be known that what had happened was perfectly OK and invited Els to stick with that feeling. When I asked what was bothering her now she replied that the dilemma was very annoying.
The choice between doing what the group does (i.e. join in with the action) and therefore playing the role of follower, or, on the other hand, daring to go against the team (reflecting rather than doing) and taking on the role of opponent.

A great discussion took place when I asked the team how they were affected by seeing Els wrestle with this.

“I’ve only just realised that we do, as a team, take action too quickly at times”, “I actually think it’s important for you to dare to challenge us”, “It’s good that you allow us to think things over critically”, etc.

When asked what it was that made it hard for her to do this in everyday work she said she felt she was stepping out of the group and was afraid of losing the connection.

She turned to her colleague Katrien and said she felt that there was already a distance between them, and that she was worried about making the distance bigger by speaking out critically. Katrien was honest in saying that she felt a distance too, and that she had trouble at times with Els’s emotional side, and that emotions are sometimes over-valued.

Then the discussion took an unexpected turn.

Katrien said that the team assignment they had just completed was pointless. What had just happened wasn’t real, and that there was no parallel process. It may have been a good exercise on paper, but she had behaved differently in the exercise than she would have done in the workplace. There followed a whole raft of theories which she was able to apply to this.

The rest of group watched, open mouthed, and were very quiet.

It sounded logical, but every fibre of my body was telling me that this didn’t tally with what had just played out.

When I asked what the other team members thought and felt now, my first impressions were confirmed. They thought that what had taken place was real, and was recognisable.

A defence mechanism had come into play. In previous posts we have covered the “humour”, “weakening” and “push off” and “commit” strategies.

On this occasion we saw the “rationalizing strategy”.

Rationalizing means giving a reassuring or false (self interested) explanation of one’s own or others’ behaviour, as a means of maintaining the emotional balance.

I had been working on defence strategies the day before with this group and explained that I was seeing one now which hadn’t cropped up yesterday.

The team members said that they had known Katrien to rationalise several times before, and that this was something which reinforced a feeling of distance from her. It took a while for Katrien herself to realise what had happened.

But when she did, she was overcome with emotion herself and areas that were previously closed down by the rationalisation strategy were now up for discussion again.

There was an open discussion of the balance between distance and proximity. Of emotion and reason. Katrien dismantled a few bricks of the wall which she had built around herself and told the team why she had started building it.

And yes, the odd tear was shed. Above all, there was a much greater understanding of each other’s differences, and the team learned that sensitive subjects can indeed be discussed.

Would you, as a manager or coach, like to find out more about team dynamics? Sign yourself up for the Team Coaching Master Class, which starts on 22 June 2017.